Bryan Fearey and Maureen Connolly met during their graduate work at Iowa State University, where they both earned PhDs in physical chemistry. Bryan spent 32 years at Los Alamos National Laboratory (LANL) while Maureen taught science to students ranging from college level to preschool. Their relationship has been deepened by a mutual passion for the arts. Bryan’s skill as a clarinetist and saxophonist led him to seriously consider becoming a professional musician before choosing college and a career in chemistry. Maureen spent two years as a visual arts major in college. Chemistry entered her life when her interests turned toward art restoration. Those early artistic pursuits became avocations for both of them as they pursued their scientific careers.

The couple created the Fearey/Connolly Endowed Scholarship for Science and the Arts to honor their enduring commitment to science serving the nation’s national security needs and to provide financial support to students with a similar interest with chemistry at its core and a passion for performance music and/or visual arts. The initial endowment will provide one $10,000  four-year scholarship ($2,500 a year for up to four years) to one recipient annually.

Bryan and Maureen have been contributing to the Los Alamos Employees’ Scholarship Fund (LAESF) since its inception. Several years of service on the LAESF Advisory Committee, which oversees the scholarship funds and selects recipients, provided further inspiration for creating an endowed scholarship.

That confidence was further boosted by his awareness that an estimated 80 to 90 percent of a LAESF scholarship recipients complete their college degree.

“The process gets students who really care,” Bryan said. “They want to do well, and the funds that we provide often affords them the ability to succeed.”

Those dedicated students are exactly who Maureen has in mind for this scholarship.

“For me, ideally, it’s somebody who’s enthusiastic and determined and is not going to let the inevitable pitfalls of life stop them from reaching their goal,” Maureen said. “Hopefully this will give them that little extra incentive and opportunity to go on. Maybe they won’t have to work as many hours at an outside job, as many students have to do. It’s not a huge amount, but if it gives them a start and helps them to continue on to reach their goals then it’s well worth it.”

The ideal applicant will have strong leadership skills and an interest in national or international security policy. Bryan’s many roles at LANL included serving as Director of the National Security Office, Senior National Security Science Advisor and as the Department of Defense’s Official U.S. Science Advisor for Treaty negotiations in Geneva. He recently served at the Pentagon as the Senior Science & Policy Advisor in the Office of the Under Secretary of Defense Policy (OUSD(P)) for the Deputy Assistant Secretary of Defense for Policy for Nuclear and Missile Defense (DASD(NMD))—focused on nuclear and extended deterrence, strategic stability, and arms control issues. He retired from LANL in 2018.

“Helping to ensure future world-class science is essential for our national security,” Bryan said.  “My career has shown the role that science has in ensuring our national security, with chemistry as my foundation. I would argue, as a chemist, that having the flexibility of chemistry gave me more adaptability to whatever the issue was at any point in time.”

Although they came to chemistry through different pathways and diverged on their career tracks, Bryan and Maureen share a fundamental belief in the power of science and chemistry, in other words “chemists can do anything.”

Maureen’s career choices centered on education: three years teaching chemistry and advanced placement chemistry at Los Alamos High School, devoting several years to raising their daughters, Brenna and Colleen, followed by both teaching and administrative roles at Little Forest Playschool, where she founded Quirkles Fridays, a day devoted to science using the Quirkles book series. She still has fond memories of wearing her chemistry lab coat and leading the kids through experiments on Quirkles Fridays.

“In terms of science, I’ve always been more interested in the teaching end of things. It’s really exciting when you see that lightbulb go on for the kids and it’s like, ‘Oh! I get it!’” Maureen said. “With the young kids it was so much fun because they don’t know enough to be afraid. They don’t know that it’s ‘supposed’ to be hard. They just enjoy it. My hope is that they would continue on that path and take that type of enthusiasm forward.”

The couple hopes to find that same enthusiasm in their scholarship recipients. Bryan’s vision is to find recipients who carry on a long tradition of music and science going hand-in-hand, something that has been prevalent in Los Alamos since the days of the Manhattan Project, just as chemistry and the arts have interwoven throughout the couple’s own lives. Bryan currently performs with several Los Alamos ensembles, while Maureen’s most recent artistic pursuit is painting Byzantine-style icons, applying her chemistry skills to mixing her own paints from natural pigments.

“We are thrilled to sponsor this art and science scholarship,” they said. “Playing music and visual arts have always been part of us, one way or another. And science, whether pursuing basic science or teaching science to preschoolers, has also been part of us.”

Laboratory employees may contribute to scholarships through the Lab’s online Giving Tool. LANL Foundation accepts donations through its website at www.lanlfoundation.org/give.

To endow a scholarship supporting an area of student higher learning or to honor a loved one, please contact Tony Fox, LANL Foundation Vice President of Institutional Advancement and Scholarship at tony@lanlfoundation.org or 505-753-8890. 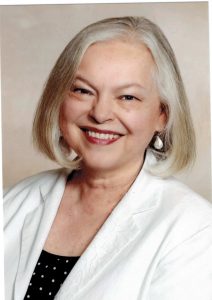 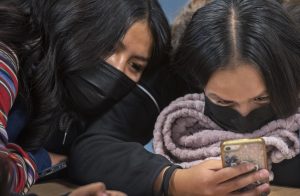