The Los Alamos National Laboratory (LANL) Foundation is pleased to welcome Whitney Jones as Program Assistant for the Foundation’s grants and scholarships programs. Whitney brings more than 10 years of journalism and communications experience covering federal, state and local government across the country.

Whitney grew up outside of Atlanta, Georgia, but has roots in southern New Mexico through her grandparents and great grandparents. She calls her decision to pursue a bachelor’s degree in journalism at New Mexico State University in Las Cruces a “welcoming home.”

Whitney started working at the campus public radio station in her sophomore year at NMSU, then spent the fall semester of her senior year as an intern at Capitol News Connection, a public radio organization in Washington, D.C. After graduation she worked as Associate Producer for National Public Radio in Washington, D.C., where she her favorite assignment was covering President Barak Obama’s inauguration. After a little more than a year in that position she decided to pursue her master’s degree at the University of Illinois, Springfield. The one-year intensive program paired students with seasoned journalists covering the Illinois state legislature.

Upon graduation Whitney accepted a job at WNIN in Evansville, Indiana. A month later she was laid off as part of a massive downsizing at the station. She landed a job as Staff Writer at the Rio Grande Sun, where she fell in love with the Española Valley community, followed by stints as Reporter at the Los Alamos Monitor and Assignment Editor and Web Producer at KOB-TV.

One of Whitney’s early loves drew her to become an In-School Program Apprentice for NDI New Mexico, followed by two years as Dance Instructor and Artistic Director for the Buen Viaje Dance Company at VSA-NM, North Fourth Art Center in Albuquerque. Whitney was trained in classical dance, but at her mother’s urging had turned aside from her desire to be a professional dancer to pursue higher education. Whitney loved her work at VSA-NM, a nonprofit dedicated to the learning, creative and entrepreneurial goals of adults with intellectual and developmental disabilities, but her connection to Española drew her back. She accepted a position as Program & Community Outreach Coordinator with Moving Arts Española.

“That’s where my classical ballet training came in and called me into that position, because I wanted to be in that community. I really wanted to come back,” Whitney said.

Whitney’s work at Moving Arts, which included grant writing and program development and evaluation, led her to apply for the position with the LANL Foundation. After having successfully applied for a LANL Foundation Community Outreach Grant, she was fascinated by the idea of experiencing the other side of the grantmaking process.

“The Foundation makes such an impact in the communities that it serves. I love that service-oriented, mission-driven focus, and I felt like the Foundation really provided that on a larger scale,” Whitney said. “And I felt like my experience having been a grant recipient would help in evaluating the our process, because we need to constantly adjust our process to what the community needs are, for grants or scholarships. We want to be community responsive.”

Whitney provides administrative support for the Foundation’s scholarships and grants programs. She also assists Grants Manager Sylvan Argo with maintaining relationships with grantees and developing relationships with prospective grantees, helping to ensure that the grant cycle process is seamless and easy and equitable.

“We’re really trying to focus on opening up our grants to everyone committed to serving the educational needs of the community in alignment with the Foundation’s mission, vision and guiding principles,” Whitney said.

Whitney sees her varied job experience as opportunities to grow and to learn and build capacity.

“Now I’m able to use all the skills that I’ve learned along the way in a really coherent way here at the Foundation,” Whitney said.

Whitney joined the LANL Foundation in January. She appreciates the supportive office environment and everyone’s willingness to work together, provide coaching when needed and gratitude for a job well done. She compares the Foundation to her experience working for NPR.

“I really love it. I’ve never worked for an organization – besides NPR – that puts such integrity and time and consideration into everything that they do. It’s that diligence I really value,” Whitney said. “And everyone has such drive and spirit. Everyone has this service mindset. Everyone wants to serve the community and really wants to listen and create programs and even policies that reflect those values.” 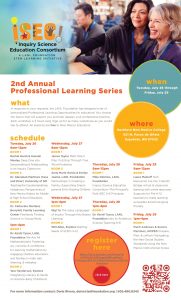 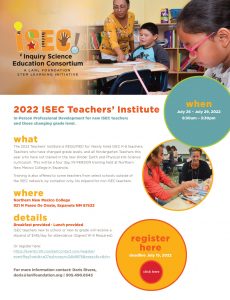